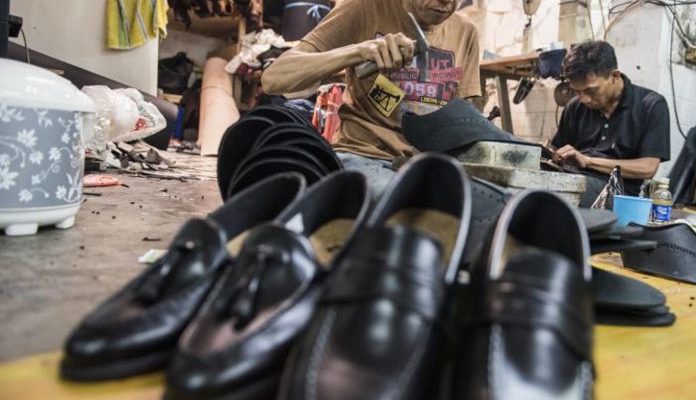 Head of BPIPI, Ministry of Industry, Heru Budi Santoso, SE., MT revealed that one of the biggest challenges faced by the national footwear industry is the readiness of downstream industries (materials and materials) which have not contributed added value. Currently, 70% of footwear production materials and materials are still imported (the majority from China).

Heru stated that various government efforts to increase domestic and foreign investment in the materials and materials sector are continuously being pursued with the launched economic package. Among them are two main factors that are the focus of the government, namely preparing industrial human resources and strengthening the downstream sector (materials and materials) of the footwear industry with the target of reducing dependence on imported materials. 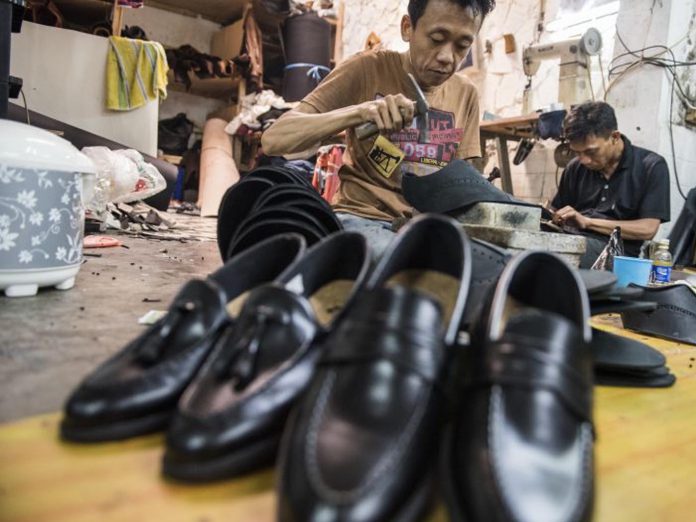 The largest footwear export market share is America, in 2018 it reached 1.4 billion USD (27% export market share) of the total export of 5.1 billion USD. It should be noted that since 2016, to encourage exports and investment from Europe, the government has continued to negotiate with the European Union through the IEU-CEPA agreement which is currently entering the 7th round of negotiations, hoping that it will open up more opportunities for national production to be accepted in Europe. According to Heru, Vietnam's competitor for shoe products is the most progressive in the performance of the footwear industry. Globally, Indonesia 2018 contributed to the export market share (4.6%), Vietnam was close to 5% and above that were India (10.2%) and China (57.5%). Vietnam's competitive power continues to increase in line with the ease of the country's investment in attracting inward investment in the domestic industry. "The Indonesian shoe industry needs to be advocated to ward off the invasion of foreign products. Of course, it is very necessary according to the mandate, the government has the task of preparing human resources, industrial infrastructure and the growth of new entrepreneurs," said Heru, Monday to BB in Bandung. Heru also discussed the issue of the revitalization program as part of a strategy to improve the structure of the domestic industry. The main issue of this strategy is the strengthening of the national industrial structure from upstream to downstream, which will increase the added value of the industry in the long term. The Ministry of Industry's revitalization policy targets all manufacturing sectors including footwear, aims to rejuvenate machinery/production technology that is more than 20 years old to be more productive and efficient. The main indicators of this program are increased productivity, efficiency and absorption of new workers. It is hoped that the footwear industry will be able to achieve these indicators.

The revitalization program as one of the implementations of long-term national industrial policies (2035 Indonesia as a strong industry) with the legal umbrella of Presidential Decree number 28 of 2008, strengthened by Law number 3 of 2014 concerning Industry. Since 2007 – 2015, the industrial revitalization program initiated by the Ministry of Industry was able to provide more than 15 trillion investment stimulus with an increase in productivity of 6-9%, total employment of 241,000. After 8 years, based on the evaluation results, continued Heru, the focus on restructuring machines and tools is considered sufficient, but the revitalization budget is still budgeted with certain industry priorities. Heru stated that in 2019, the Ministry of Industry budgeted more than Rp 1.1 trillion for the revitalization and industrial growth program.

The industrial revitalization policy strategy, which has focused on the manufacturing industry, has gradually shifted to revitalizing educational and training institutions and preparing human resources. Specifically for the footwear industry, the revitalization program will prepare human resources by restoring educational and training institutions, including vocational schools.

"The government is trying to strengthen the downstream sector (materials and materials) of the footwear industry by reducing dependence on imports and preparing human resources," added Heru.